“Why should I learn Chinese in a country where English is the common language?”

“It’s not worth putting in so much effort learning Chinese, it’s not even used when you enter university!”

These are the common sentences I hear from Generation Z (Gen Z) people when they’re conversing with each other.

Over the years, it would seem pretty normal to see Chinese being an overlooked language in Singapore.

Many students don’t see the importance of mastering this beautiful language.

Being fluent in Chinese brings many benefits for any individual, especially given the might of China in the world these days.

In this article I’ll be sharing with you some benefits of understanding Chinese and how you can improve it!

Being fluent in Chinese brings along many advantages that you might not think is important now.

After knowing these benefits, you will not regret stumbling upon this article.

With that said, let’s move onto the 1st benefit.

1) Good for the Brain

Did you know that each time you learn something new, your brain will form new connections and neurons?

What does this mean?

It just means that when you learn something new, your brain learns to be more efficient at absorbing information and you become smarter!

Furthermore, Chinese isn’t the hardest language to learn, as there are no tenses or complex grammar.

However, it’ll still take you quite a while to become proficient in it, just like learning other languages. 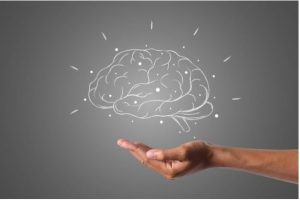 2) Understand 1 of the Most Spoken Languages in The Word

According to Statista, Chinese is the most spoken language in the world, with 1.31 billion speakers worldwide!

Around 1.28 billion of the speakers are from China!

Being able to understand and converse in Chinese means that you wouldn’t have to worry about travelling to Chinese speaking countries like China or Taiwan!

In Singapore itself, it’s a Chinese-dominated country.

So learning Chinese would mean being able to communicate with almost every Singaporean.

As mentioned above, there are around 1.31 billion Chinese speakers in this world and China has the biggest population with about 1.28 billion people.

Being able to understand and speak Chinese gives you access to converse with a huge amount of people worldwide.

Who doesn’t want to make more friends when they can? 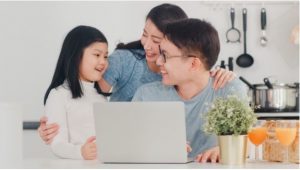 Being fluent in Chinese in Singapore can open you to many job opportunities.

Nowadays, there are many companies hiring people who can speak Chinese due to the strong influence China has on the world economy.

Being able to converse in Chinese would mean that you’re able to help your company communicate with other Chinese international companies.

View
Related Story
How to Ace Job Interviews as a Student

On top of that, if you’re someone aspiring to be a businessman/businesswoman, being fluent in this language will definitely give you a competitive edge compared to those who can’t speak Chinese.

As mentioned above, China currently holds a strong position in the world economy due companies such as Alibaba, China’s biggest e-commerce company.

Chances are that you’ll be able to strike a deal with Chinese companies if you’re able to converse in their language.

Landing deals with them will surely bring boundless profits to your own business.

Apart from China, Chinese is spoken in countries such as Malaysia, Taiwan, Singapore, Indonesia, Thailand, Brunei, Philippines and Mongolia so if you do business in these countries then it would be beneficial to communicate in their language.

So why not be fluent in Chinese? 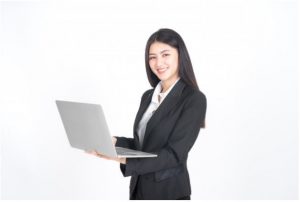 5) Opportunity to Immerse in Chinese Culture

Are you someone who loves to immerse yourself in another country’s culture?

Being one of the biggest countries in the world, different states in China have different cultures!

Travelling around China will certainly open many new perspectives for you when you learn about their history and such.

Don’t miss this opportunity if you’re able to understand Chinese!

A continuation from the previous point, being able to immerse yourself in Chinese culture also means being exposed to local cuisines there.

Although there are many Chinese foods in Singapore, you can’t experience true Chinese food if you’ve never visited China.

And I can honestly tell you that understanding Chinese culture and eating Chinese foods from China is very different from Singapore!

With each bite, it feels like you’re being soaked in all the rich history and culture that has led Chinese food to be what it is today.

This is an experience that I dearly miss and would like to feel again. Don’t you feel that it’s a hassle to not be able to understand your favourite show without reading subtitles of your preferred language?

It’s like watching Korean Drama without English subtitles to help you understand the context!

So if you’re able to read and understand Chinese, it’d be a breeze to watch Chinese shows without the need of subtitles.

This way, you can fully put your focus on the show instead of needing to refer to subtitles after every line.

No more needing to backtrack a few seconds just to understand a scene. 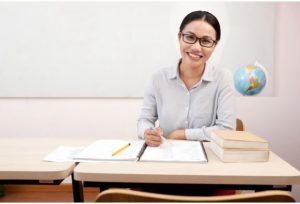 Has reading this article made you want to pick up or improve your Chinese?

If so, you might want to look SmileTutor up!

We’ve the best Private Chinese Tutors ready to guide you on your journey to mastering a new language.

With their help, I’m sure you’ll master this astounding language in no time!

Just How Important is Learning Mandarin Chinese in …

Where to Get Singing Lessons in Singapore
The Best Quiet Cafes in Singapore to Study or Work At
How to Manage Disappointment After Receiving O Level Results
Why are Singapore’s IB Schools So Popular for International Students?
Top Online Tools and Software for Tutors
MOE unsuspend Zoom for Lessons with New Safety Measures

Where to Get Singing Lessons in Singapore
How to Manage Disappointment After Receiving O Level Results
Why Do Some Students Hate Homework?
The Benefits of Different Types of CCAs
Planning Your Group Project: Dos and Don'ts