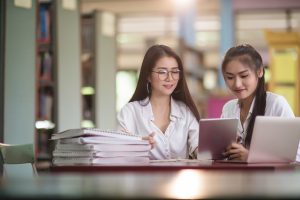 Like many, Sydney, now 21, had her eyes fixed on the Junior College (JC) route after her O-Levels, “because it was the more familiar and recognised path” in her family.

“Initially, I was coping relatively well as there were only a few topics,” says Sydney. “However, as more and more topics were introduced to me, I found the concepts harder and harder to grasp.”

Subsequently, Sydney took her A-Levels and upon receiving her results, she found herself with limited options as her results could not qualify for a local university. That was when she started to consider taking the polytechnic (poly) route.

“I was afraid that people would look down on me because I had to take a ‘longer route’ as compared to other people, or you might even say, a ‘detour’,” says Sydney. “I also felt upset that I would be lagging behind my peers, because all of them would be moving forward with their lives, but I would still be stuck in tertiary education.”

View
Related Story
Polytechnic Survival Guide: What to Know as a Freshie Upon attending Nanyang Technological University (NTU)’s Open House with her friend, she chanced upon the Wee Kim Wee Communication Studies booth and the course appealed to her. Hence, she decided to pursue Mass Communication in Ngee Ann Polytechnic.

“I was afraid, but I was also excited for the new journey ahead,” says Sydney.

Upon making her switch to the polytechnic environment, she experienced a culture shock.

“In JC, I was put in a conservative environment,” says Sydney. “I was always the more extroverted person among my peers, but when I went into Poly, everyone else was so much more extroverted than me, so I felt intimidated.” Because of the age gap, she also found difficulties understanding what some of her younger schoolmates were saying as she isn’t the type to keep up with the latest trends.

Most of her peers from Poly were shocked when they found out that she transferred to Poly after her A-Levels, as she assimilated well and they couldn’t even tell that there was an age gap.

However, Sydney felt that Poly was a “huge blessing in disguise” for her as she found that the students in Poly were much more open-minded and she made many new friends.

“My Poly life is much more fulfilling and I have grown so much more as a person,” says Sydney. “In JC, I was always stressed out about the competition and studying, but in Poly, I have a more balanced life.”

View
Related Story
Local vs. Private Universities: How to Decide?

Although there is a difference between the learning styles in JC and Poly, Sydney didn’t find the transition difficult because she enjoys ​​working both alone and in groups, and found that the freedom in doing assignments in her own time worked well for her because she was able to manage her time well. ​​Now in her final year of Poly, she is also confident that she is able to enter a local university with her Grade Point Average (GPA).

Nonetheless, Sydney has no regrets about her “detour” as she was able to experience the different routes in Singapore’s education system and learn more about herself in the process.

“I want to believe that I went to JC for a reason,” says Sydney. “I might even be a different person now if I just went to Poly straight from O-Levels.”

Her advice to students who are torn between the choice of JC or Poly: “Go for the path that is most comfortable for you, and do not feel pressurised to go into a specific route or course just because it is more accepted. You excel best in what you enjoy!”

Need help in JC or Poly? Request a tutor with us today.

Where to Get Singing Lessons in Singapore
The Best Quiet Cafes in Singapore to Study or Work At
How to Manage Disappointment After Receiving O Level Results
Why are Singapore’s IB Schools So Popular for International Students?
Things You Should Consider Before Changing Courses in Poly
Do You Want to Be a University Graduate in Singapore?

Where to Get Singing Lessons in Singapore
How to Manage Disappointment After Receiving O Level Results
Why Do Some Students Hate Homework?
The Benefits of Different Types of CCAs
Planning Your Group Project: Dos and Don'ts