BlogStudentsAdvice For StudentsThinking What to Do After A Levels? Here’s Your Answer The truth is, most people don’t have their lives figured out. They go with the flow, guided with a rough idea in their heads about what they want to do in future.

They’d enrol in a JC knowing that the end goal of their study journey is a university degree.

But exactly what to do after A levels? Don’t know.
Which university? Don’t know. Probably one of the top universities in Singapore.
Which course? Don’t really know either.

If you’re one of these people, don’t feel bad. I’ve been there before too. The fact that you’re reading this means that you’re one step towards a less fuzzy future.

Soon, you’ll figure out your various options after A levels.

An overview: What to do after A levels

Yes, the options on what to do after A levels are endless, but once you break it down, it’s quite simple.

For most students, there is a chain of questions that they run through:

Let’s run through these seven questions, one by one.

Some Singaporeans don’t realise how privileged we are to have two of the world’s best universities at our doorstep. Want to know the Singapore university rankings? 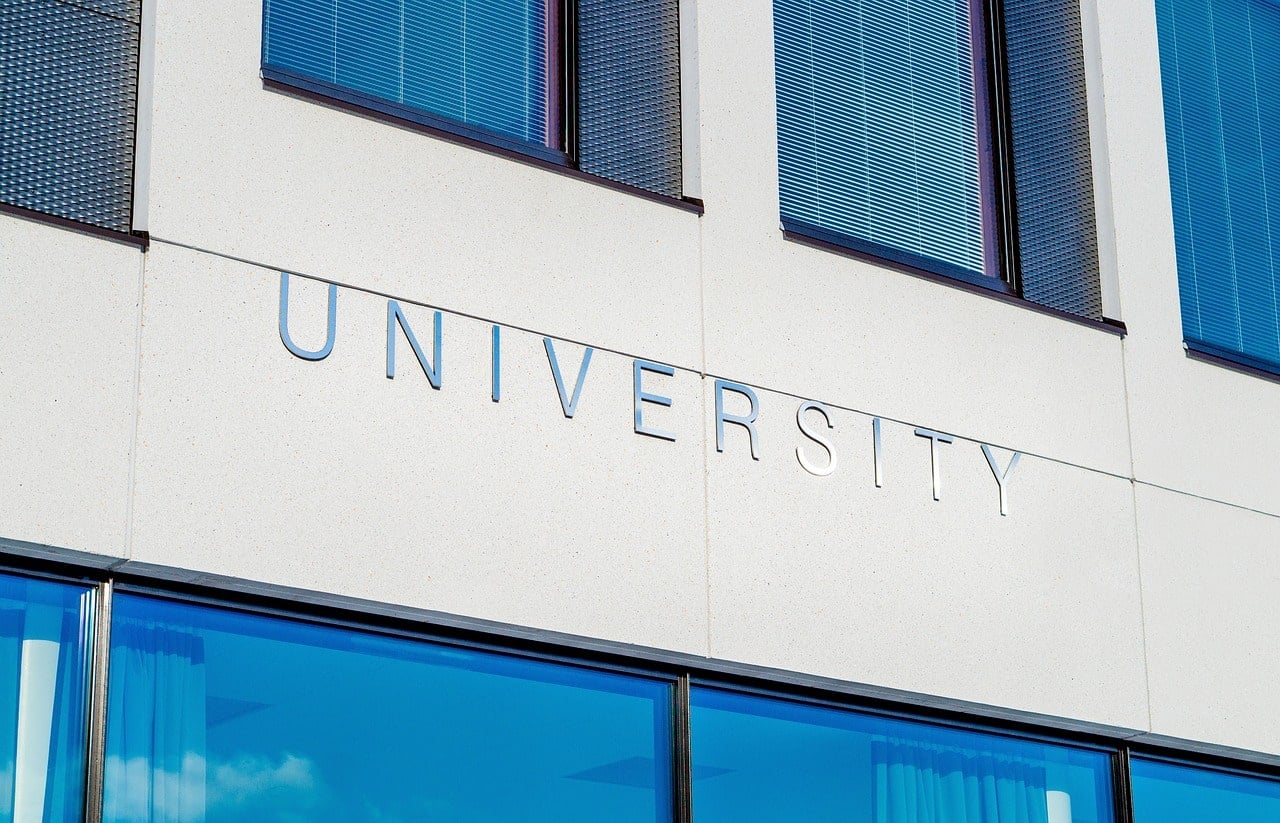 According to the QS World University Rankings 2019, the National University of Singapore (NUS) and the Nanyang Technological University Singapore (NTU) are at the 11th and 12th place respectively, topping big names like Princeton, Cornell and Yale University. And when you narrow it down to the continent of Asia, these two top universities in Singapore take the best spots, followed by China’s Tsinghua University.

If that’s not a big deal, I don’t know what is.

The Singapore Management University (SMU) is at the 500th global spot, and there are also other reputable public universities such as:

Qualifying for these universities is largely based on academic merit.

If you’re deliberating between the same course in NUS or NTU, for example, you can check the indicative grade profiles for that particular course in both universities.

To give you a broad idea of the qualifications you need, the 10th percentile grade profile in NUS’s Civil Engineering it is BBC/C while in Arts & Social Sciences, it is BBC/B. For NTU, the grade profile is AAC/C for Psychology, BCC/D for Bioengineering and BBC/C for Sports Science & Management.

Make the same checks for the other top universities in Singapore to get a rough sense of whether you can qualify for your desired course or not. (If you’re not sure about what course exactly, hang tight, Question #3 is coming to help you out.)

Now, if you can’t qualify for top universities in Singapore, don’t rule out other top universities in the world. No doubt that many of us average Singaporeans are put off by the idea of high tuition fees (since the MOE Tuition Grant will not apply), but you’d be surprised by the presence of affordable, high-ranking universities particularly in European countries like Germany, France, Greece, Hungary, Poland and Norway.

For example, the Freie Universitaet Berlin which is ranked #130 globally does not charge any tuition fees.

Now, if you die-die cannot get into one of the top universities in Singapore – or the world, for that matter – then your next best option would be a private university.

I will not sugarcoat this for you. Any realist would know that during your job search, a prospective employer might hold a public university degree in higher regard than a private university degree.

And beyond that, here are some facts about public vs private university:

But you know what, don’t let all these statistics bring you down. Have you not already heard that comparison is the root of all unhappiness? It’s good to know the reality, but all in all, getting a degree will open doors for you. It will give you the chance for networking, and you’ll still be able to study what you love.

With that in mind, here are some reputable private universities in Singapore:

3. What degree can I do with my A levels

Let’s get down to specifics and address this question: What courses can I do with my A levels?

Well, the subject choices you made during your JC play a big role in determining this.

If you had the Humanities & Arts combination in JC, you’re well-placed to go into courses like:

If you have a Science and Mathematics combination in JC, these are the usual pathways:

While the courses listed above can give you a rough idea of what you qualify for, It’s best to check the entry requirements for the particular course in the particular school you want.

That’s because certain A level subjects are deemed as essential or highly advantageous for a number of uni courses. As a very obvious example, if you want to study Chinese Language or Chinese Studies in NUS, you must at the very least get a C grade for H1 Chinese or a pass in Chinese Language and Literature during your A levels. Now, let’s quickly touch on some of the most popular university courses.

What A levels do you need to be a lawyer? Well, if you want to get into the Faculty of Law in NUS, you’ll need “good overall A level results” and at least a B grade in H1 General Paper. But who are we kidding, right? Their 10th percentile indicative grade profile is a perfect AAA/A. But my point is that in this case, there are no specific A level subjects for Law.

A levels for medicine? To get into NTU’s Lee Kong Chian School of Medicine, you’ll need H2 passes in Chemistry and Biology/Physics – at least. This means you should have had a Science combination in JC.

I hope this section has given you the guidance on “what uni courses can I do with my A levels”!

4. Poly after A levels

Have you considered going to poly after A levels?

This can be a good choice if you didn’t qualify for the course you want at a public universityanddon’t want to study at a private university in Singapore.

Because there are many reputable polytechnics in Singapore that will give you hands-on training in useful skills. It will take time, yes, but opting for poly after A levels will also offer you another chance to qualify for your dream university in future.

Here are the stats: In 2018, one in three students admitted to local universities were from polytechnics.

On top of that, you can find very interesting courses in poly, such as:

Dive into the joint portal of the five local polytechnics to browse the full range of courses available.

Just recently, students who want to join poly after A levels no longer need to wait one year for the applications to open. More than 100 courses are open for enrollment in Year 1 Semester 2, allowing these students to graduate from poly one year earlier than before.

Oh, and if you’re wondering, the median monthly salary for poly graduates is $2,350.

5. Internships for A level students

Once you’ve made your decision, you might have a chunk of time on your hands before you begin school, be it in a university or polytechnics.

How do you use this time productively?

I highly recommend you to search for internships for A level students. You may not have started thinking about your resume and how to make yourself appealing to future employers, but believe me, you won’t regret having this in your portfolio. Here are some websites to kick-start your search:

Your search will be more narrowly-defined if you have an idea of what course you’re planning to do in future. But you don’t have to limit yourself. I know of students doing writing internships when they’re planning to study engineering – just because. No matter what internship you take up, you’re sure to broaden your mind and learn some new things.

6. Jobs after A levels

What if you need to make some extra bucks? Hey, it’s never too early to start saving up so you can pay off your future tuition fee loan ASAP.

One of the most lucrative jobs would be giving tuition. If you have the passion but don’t know where to begin, here’s your answer: You can register as a tutor on SmileTutor to get access to tuition assignments. There are also many temporaryadminjobs out there, as well as part-time positions in the retail and F&B sectors. If you’re just looking for a quick buck and aren’t too choosy, you can easily start a warehouse packing job that pays $1,300 to $2,000 and above per month.

Here are some job portals to check:

I really believe that joining the workforce as a young adult, even if you’re just mending the counter or delivering food to tables, really moulds your character. Getting jobs after A levels will also give you some good memories to talk about in future.

Unfortunately, some of us have to face bad news, like failed A levels.

There are options out there similar to the ones I have covered earlier, such as private universities and going to poly after A levels.

But if you’re keen to give it another shot, you have the possibility of retaking A levels. This will not be an easy option, of course. There are people who actually failed A levels twice. To be able to score better than your first attempt, you must do things differently. Apart from studying harder, you should consider hiring private A level tutors, such as those with SmileTutor for one-on-one lessons.

There’s also the logistics of resitting A levels as a private candidate. We really need a whole article just on this topic itself – and good news for you is that I’ve already written one!

So go ahead, find out more about what to do if you did badly for A levels.

So many options after A levels!

With that, you’re all set with a bunch of options after A levels. All the best!

How to Pick a University Course That You Won't Regret
How to Get a Local Undergraduate Scholarship in Singapore
Best Languages To Learn In Uni - Spend Those Module Credits Wisely
Best Study Loans in Singapore: In-Depth Comparison
Polytechnic Admission Tips to Secure Your Dream Course

Is our June & December School Holidays Too…

Is our June & December School Holidays Too Long?

All About the Gifted Education Programme (GEP) in…

All About the Gifted Education Programme (GEP) in Singapore

How To Stay Motivated As A Tutor In…

How To Stay Motivated As A Tutor In Singapore?

How to Pick a University Course That You…

How to Pick a University Course That You Won’t Regret

Singapore Slips to Second Place Behind China in…

Singapore Slips to Second Place Behind China in the Latest PISA