As students, our parents often told us that television shows are bad for us and that it ‘rots our brains’. But recently, studies have shown that educational programs can boost your intellect.

So here, I have compiled a list of entertaining shows that are actually educational for you to watch! MythBusters is a science entertainment television programme that tests the validity of myths using science concepts.

With the hosts’ witty humour and hilarious experiment-gone-wrongs on the episode, you are in for an explosive time (literally – many episodes feature explosions)

The hosts explain the science concepts used throughout each episode and how the experiment works as they conduct it. After that, they conclude whether the myth is true or not.

While watching the show, you are exposed to many topics in different fields like physics, geometry, chemistry, biology and history! Many of the concepts featured in the episodes are more relevant to students in secondary school. Still, if you are part of the younger audience, there is also a MythBuster Jr!

This series is available on Hulu and on YouTube. While watching this series, you will find that you have a better knowledge of history while still enjoying the catchy songs and hilarious skits in every episode.

You can find Horrible Histories episodes on Amazon Prime or Hulu Plus. Fancy a more animated series? Then Wild Kratts would be great for you! Wild Kratts is a Children’s Television series exploring combined science education through adventure and fun.

Every episode features various animals, their behaviour and their biological characteristics. The characters also explain how animals evolved and adapted to their habitats over the centuries, exposing you to natural history.

As the episode develops, the characters start to use this information to solve an issue by morphing themselves into the animal (with something called a Creature Power Suit).

Watching this cartoon helps you understand conservation and climate change too, as the show explains how the animals are affected.

You can find this series on Amazon Prime! 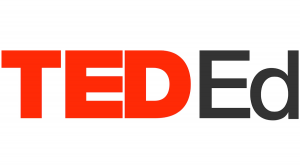 Ted-Ed is the more education-focused branch of the TED video creation platform. It is a YouTube channel, and there are many videos covering diverse topics that you can learn more about. The videos are short and have animations to help you better understand the content.

Here are some of their more popular videos:

1. When is a pandemic over?
2. The tale of the doctor who defied Death
3. How does alcohol make you drunk?
4. The bug that poops candy
5. What really happened during the Salem Witch Trials

Many of Ted-Ed’s videos address current issues and simple topics relevant to your school curriculum!
For example, there are topics like AIDS, Bacteria, Chemistry and Electricity.

Winner of two Emmy Awards, Netflix‘s original documentary series – Our Planet, shows us the effects of climate change on wildlife and habitat. Presenting us with insight into how humans are endangering nature and marine life.

Every episode focuses on different regions like the tundra, the jungles, and grasslands. It repeats a pattern of introduction, exploration, and conservation.

Watching this documentary is an excellent way for you to stay entertained for long (each episode averaging an hour-long). Be captivated by the cute faces of baby animals while still learning about conservation and climate change.

But, this documentary is more suitable for older viewers because there are scenes that might be too sensitive for you. Another documentary of Netflix, this series goes off in search of the most dangerous animals in the world. There are three variations of this documentary – Asia, Latin America and Australia; and each series features animals that can only be found in that continent.

Here, you explore the different characteristics of each animal featured. You will also understand the different climates and conditions these animals have to survive.

Like Our Planet, this documentary is more suitable for older viewers as it contains scenes and information that might make younger viewers uncomfortable. Sometimes, we just want to relax and take a break from studying. By watching these entertaining and still educational shows, we can learn something while still being able to relieve stress.

We hope you enjoy watching these shows! Let us know what other shows you watch that you think are educational!

10 Movies That Teach Kids About Diversity and Inclusion

5 Educational Shows for Preschoolers on Netflix

Fun Activities for Children in Singapore During September School Holidays

4 Things to Do When You’re Struggling in University
Should You Take Up a Uniform Group as a CCA?
Things You Should Consider Before Changing Courses in Poly
10 Best Business Schools To Study Abroad
9 Great Ideas to Promote Your School Event
Wuhan Coronavirus COVID-19 Outbreak: Assemblies, Mass Lectures and Orientation Programmes Disrupted

4 Things to Do When You’re Struggling in University
Should You Take Up a Uniform Group as a CCA?
Things You Should Consider Before Changing Courses in Poly
Types of Group Mates and How to Work With Them
6 Entertaining Shows That Are Actually Educational

Should We Encourage Students to Write Their Own…

Should We Encourage Students to Write Their Own Stories?

4 Things to Do When You’re Struggling in…

4 Things to Do When You’re Struggling in University

How to Support Your Child During the Exam…

How to Support Your Child During the Exam Period

Places to Visit to Learn More About Singapore’s…

Places to Visit to Learn More About Singapore’s history

Should You Take Up a Uniform Group as…

Should You Take Up a Uniform Group as a CCA?

Things You Should Consider Before Changing Courses in…

Things You Should Consider Before Changing Courses in Poly

How to Set Up a Montessori Classroom at…

How to Set Up a Montessori Classroom at Home

How to Handle Stress and Pressure: Tips for…

How to Handle Stress and Pressure: Tips for Teachers