Blog General Others Know Your Language – The Origin of Tamil In a multicultural society such as Singapore, there are many languages being spoken across it’s population.

Despite being a majority Chinese country, Tamil is one of Singapore’s four official languages being spoken in parliament, media, and schools.

In Singapore, Tamil is mostly spoken by Indians, with 9.2% of the Singapore population being tamil-speaking Indians.

Many Singaporeans are still confused about Tamil. Today, let’s dive deeper into what Tamil language is about!

Did you know that the earliest period of Tamil dates back to 300BC?

That makes Tamil the oldest language in the world!

With such a diverse history, scholars have categorised the attested history of Tamil into 3 periods;

The earliest records of Old Tamil inscriptions can be found in caves and ancient pottery, that date back from between the 3rd and 2nd century BC.

Middle Tamil is an evolution of Old Tamil that occurred around the 8th century.

The main difference between Middle Tamil and Old Tamil is the emergence of present tense, which made a number of phonological and grammatical changes to the language.

Modern Tamil, the evolution of Middle Tamil also has some changes, with most of them being sound changes and the use of European-style punctuation.

And compared to other Indian languages, which also have a very profound history, Tamil has the most ancient non-Sanskritic Indian literature.

This just shows how old Tamil is as a language. Where is Tamil Spoken?

Tamil is part of the Dravidian Language family that is spoken by more than 215 million people worldwide, with speakers residing mainly in Southern India and Northern Sri Lanka, with minor groups in other parts of South Asia.

Interestingly, there are also small but significant Tamil speaking communities in countries outside South Asia such as Britain, France, Germany, Canada, United States of America, and Australia.

Bet you didn’t know that!

Now, let’s move on to the next point. Do All Indian Singaporeans Speak Tamil?

Indian Singaporeans contribute to about 9% of Singapore’s total population, which is the 3rd largest ethnic group in Singapore.

Most Indians in Singapore are descendants of Indians who migrated from India to Singapore as workers, soldiers, and convicts.

In terms of religion, studies has shown that about 58.9% of Singaporean Indians are practicing Hindus, with others being Muslims, Christians, etc.

Indian Singaporeans despite being a minority, have also made prominent marks in Singapore in areas such as Politics, where Mr S.R Nathan, a Singaporean Indian, served as Singapore’s 6th President.

With that said, let’s move on to Tamil Language in Singapore. 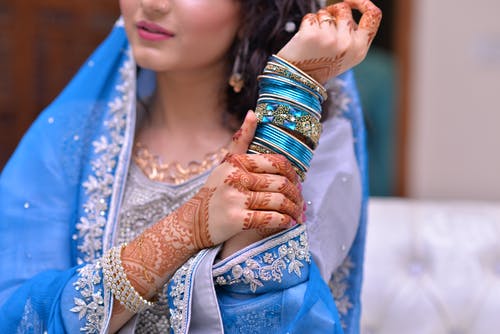 Tamil is a National Language in Singapore

You can even hear announcements in Tamil when taking the bus or train.

It’s also a language offered in almost every school in Singapore, mainly catered for Indian Singaporeans.

As mother tongue is a compulsory subject in Singapore’s education system, Indian Singaporeans who are from a Tamil-speaking family are required to learn Tamil from Primary school onwards.

They are also required to sit for National Exams such as PSLE, O Levels, A Levels that includes a mother tongue paper.

Many non Tamil-speaking individuals have a common mindset that Tamil is a very difficult language to grasp, due to the different writing style and difficult pronunciations. (some Tamil words require you to pronounce it by bending your tongue backwards!)

And personally, I even have Tamil-speaking friends who’ve struggled learning it during their stint in school.

So, if you’re a Tamil-speaking person who is struggling with Tamil, or you’re interested in picking up this beautiful language, you’re in luck!

Here at SmileTutor, we have the best Tamil Tutors who are eager to offer their 1-on-1 services to guide you on your journey to master this profound language.

Oh, and did I mention that the prices they charge are very affordable? Despite being an official language in Singapore, Tamil is not used much in schools as English is the main language used across the subjects offered in Singapore’s education system.

If you’re a person of Tamil ancestry but rarely utilise this language as your family and friends only speak English, it can be very difficult to master this profound language.

Hiring a private Tamil tutor will certainly give you an edge if you want to have a strong command of Tamil, and Tamil-speaking students will also be able to learn how to use their mother tongue with greater precision and purpose!

If you’re looking for Tamil Tuition, SmileTutor is the place for you!

Challenges That Parents Have When Teaching Tamil At Home

Careless Mistakes that Your Child May Make in his Tamil Exams

Is the Future of Teaching Virtual?
What Is Academic Entitlement?
Are Grades No Longer The Determining Factor of Success in Singapore?
Why Students Enjoy Their Mandarin Lessons at One World International School Makes
5 Ways to Make History Lessons Engaging
JC Students: Should I take History in A-Levels?

Is the Future of Teaching Virtual?
What Is Academic Entitlement?
Are Grades No Longer The Determining Factor of Success in Singapore?
How Does Racial Diversity Promote Education?
3 Simple Ways You Can Make This Hari Raya Fun and Educational

Bringing Your Lessons to Life by Integrating Real-World…

Bringing Your Lessons to Life by Integrating Real-World Scenarios

6 Things You Should Not Do During Your…

6 Things You Should Not Do During Your Tuition Session