Blog Parents Parenting Tips How Should You Change Your Parenting Approach as Your Child Transitions into their Teenage Years? 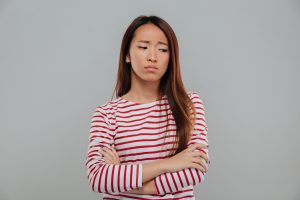 Transitioning into their teenage years is both scary for the teen and stressful for their parents.

Parents have to cope with their teenager’s mood swings, self-esteem issues and the fear that they will be led astray.

As they will soon transition into adulthood, your teen will need to learn to make their own decisions, and you can’t be there holding their hand at every step of the way. Relax, and let your teen lead their life naturally.

Caring for a teenager, your approach definitely has to be altered as your child is no longer bubbly and carefree, but has now a new set of problems and the fluctuating emotions that come along with it. 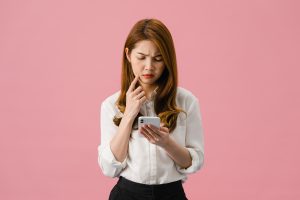 You might hear the word “privacy” coming out a lot more from your teenager, as they beg you to ‘leave them alone’ and ‘give them more space’.

Teenagers have a lot to deal with: they are trying to be included in their new friend groups, fit in, enhance their appearance, talk to their crush, etc.

View
Related Story
How Much Does a Bilingual Home Environment Help Young Students?

While they are struggling to cope with these issues, the last thing that they want is their parent poking their nose into all of their matters, and instructing them what to do or not to do.

But, if you leave them alone, are you giving them too much freedom and risking them going down the wrong road?

Of course, you shouldn’t micro-manage your teen. As a parent, you may have many worries: them picking up vices, mixing with bad influence, and so on.

However, sometimes, less is more. When you give your teen space to figure things out on their own, you are allowing them to trial and error with their own life.

Allow them to coop themselves up in their room when they need to, and let them open up when they’re ready.

Be there for them 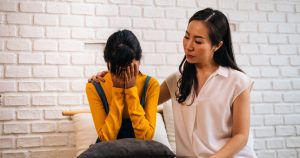 However, you also shouldn’t let go of them completely. Becoming a teenager could be a very confusing and difficult phase for them, and teenagers definitely need parental support and guidance in their growing years.

Most of the time, teenagers will try to keep things to themselves because they might be embarrassed and feel like their parents wouldn’t understand what they’re going through.

Hence, you should prompt them to share with you about how they’re doing, how they’re feeling and if they’re going through anything difficult. Assure them that you were also once a teen and can empathise with what they’re feeling. They will probably need a lot of advice from a trusted adult.

If they request for you to keep your conversation confidential, live up to your promise. Should you break their trust when they were vulnerable, it is going to be very difficult for you to earn it back.

As a younger child, they were probably very excited to tell you about anything and everything, and are okay with you handholding them all the time. However, when they transition to their teenage years, your approach has to change as they require more space to grow. 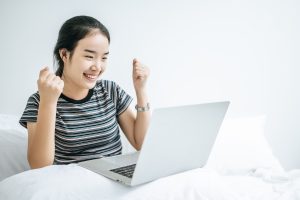 You had to remind your young child when to eat, shower and sleep, because they were not capable of disciplining themselves and are simply unable to grasp the concept of managing their time. Your teen should now learn to be capable to do so.

When they are already going through so much, the last thing that they need is their parents adding on to their frustrations.

They need to know to do the right things at the right time by themselves, and not when their parents tell them to, because you are not always going to be there, holding their hand at every step of the way.

Let your teen take control of their own life and make the right decisions on their own.

Even if you try to control your teen, they will still find a way to do what they want if they don’t understand “why not”. So instead of just throwing a “no” at them, explain to them the consequences so that they will have a better understanding and make wise decisions on their own. 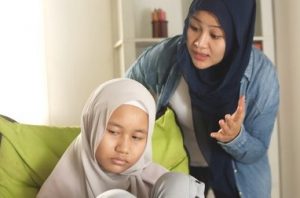 In Western culture, many parents adopt a friend-like relationship with their child, while Asian culture usually subscribes to hierarchy and that “parents are always right”.

Many parents struggle with deciding on which approach they should take. Will you spoil them and make them lose regard for you if you are too nice to them? Will it sour your relationship if you are too controlling of them?

The answer always lies in balance. Teenagers need their parents to take on the role of a friend when they need someone to listen and vent to. They need a parental figure to intervene when they are going down the wrong road.

Be that pillar of support and shield of protection for your child. Correct their behaviour in a strategic manner; explain to them instead of insulting and blaming them.

As mentioned, these few years are going to be really confusing for them as they are still learning about themselves and how to differentiate right from wrong.

You have to exercise a lot of patience with them. That way, they can then trust to confide in and consult you when they face problems in future. 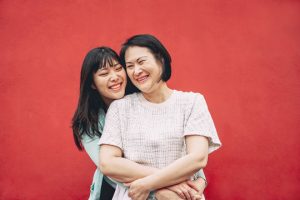 Teenage years are often the most difficult years, not only for the child but also for their parents. It is a crucial time in which can make or break your relationship with your teenage child.

Letting a teenager bottle up their emotions would be very dangerous. If they don’t have anyone to talk to about their problems, their negative feelings can accumulate and lead to mental health problems such as depression.

If they do open up to you about their insecurities, problems in school, etc., be ready to listen and not judge. Validate their thoughts and feelings, and not jump to conclusions and correct them.

It is important that you guide your teenager well during these few years, which will then allow them to emerge as a happy, healthy and strong adult. Remember: balance is key!

Rum Tan is the founder of SmileTutor and he believes that every child deserves a smile. Motivated by this belief and passion, he works hard day & night with his team to maintain the most trustworthy source of home tutors in Singapore. In his free time, he writes articles hoping to educate, enlighten, and empower parents, students, and tutors. You may try out his free home tutoring services via smiletutor.sg or by calling 6266 4475 directly today.
#1 Trusted Tuition
Agency in Singapore
More than 50,000 home tutors for all
levels and subjects. 100+ new
assignments daily.
Request Tutor
Sign up as Tutor
Where to Get Singing Lessons in Singapore
Best Online Tutoring Apps for Students
Help Your Child Master Math With These Tips
Giving Children an Allowance Could Teach Them Financial Literacy
SJI International Scholarship Applications Now Open!!
What Happens If I'm Not Good at English?