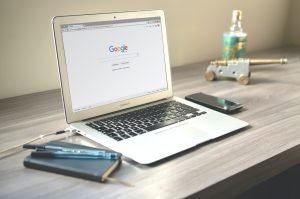 Internet slang terms are always changing, and you may be confused by the new words your younger students are throwing out.

While not all Gen Z students use internet slang terms, especially in classroom settings, there will be some who do.

To help you out, I have prepared a mini-guide! Here are some internet slang words and phrases you should know about when talking to your Gen Z students:

This means to do something well! Let’s create a scenario here: You’re nervous for a presentation, but you perform fantastically anyway. Your friends may congratulate you, “Slay, king/queen!”

When someone says you slayed, it means you did great at the task. Think of a challenge as an opponent, and imagine slaying that opponent.

When a student completes a task or gets a question right, they may say “Slay” about how they managed to solve it. 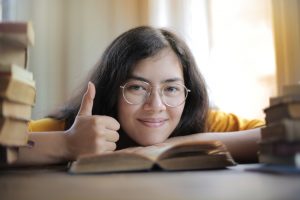 They can be used in many contexts. One example is when someone shuts down a bully, then their friend might say “Common [name] W” which means that it’s normal for them to have wins like this.

On the other hand, if one were to fail a paper, that would be an L.

Copium is a mix of “cope” and “opium”. People normally just say “copium” or they will say “high on copium”.

It’s often used as a joke or meme where people try to ‘cope’ with a loss to the point of it being an exaggeration.

For example, if your football team is losing 100-1 (which is a near-impossible scenario) and you’re saying that it’s because it’s just part of their plan and that your team is still going to win, that’s copium.

Want to be a better tutor?
Join 50,000 Singapore tutors and subscribe to our newsletter to learn how to teach better and earn a better income.
You have successfully joined our subscriber list. Stonks is a meme that misspells the word “stocks” and is often used to refer to bad financial decisions.

However, students may use the word when doing questions related to finance simply as a reference to the meme.

View
Related Story
How to Become a Private Tutor in Singapore

This one is pretty straightforward—it’s usually used when someone comes up with a smart idea.

If you come up with a solution that your student didn’t think of before, it’s possible they will say that it’s “A big brain idea”, straight-up, “That’s big brain” or “You’re so big brain.”

In some situations, it’s also used to refer to the difficulty of something. A student facing a particularly tough question may say that it’s “too big brain” for them. This means that they don’t understand it, or that it’s too difficult for them to do. 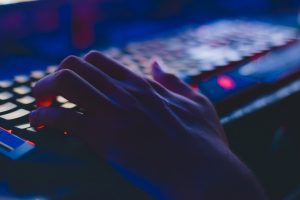 “Skill issue” is mostly used as a joke, typically among friends.

When someone complains about something, their friend may say that it’s a “skill issue”. This means that the problem lies not with the situation, but with the person’s lack of skill.

This term could be used when students are facing a problem in their work—of course, not by you, but you may see it used by peers and the student may use it themselves. 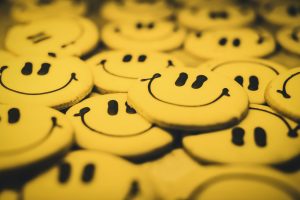 It’s not uncommon to see a youth using self-deprecating humour nowadays. While it may be concerning, a lot of the time the people using it don’t want to dive into deeper conversations.

Sometimes, self-deprecating humour is used as a way to cope (by using humour in general). As an authoritative figure in your student’s life, I recommend that you don’t laugh along as it may lead to your student thinking that you agree with them.

You can smile and briefly disagree with what they said about themselves, then move on. Just a, “No, I disagree” will do. It really depends on the situation, and how well you know your student. Most students, no matter their age, are not used to their teacher or tutor speaking to them so informally.

It may shock them at first if you use internet slang terms, but it’s not entirely unheard of for teachers to use them!

A lot of the time, internet slang terms are used among peers, which means that they are less likely to show up in solo tuition settings.

Whether you are learning this to use with your students or not, it’s always good to take the time to further understand them.

And if you want to be a tutor and get some students, register as a tutor here!

If you enjoyed this, why not also read:

My Student Has a Short Attention Span… What Do I Do?

Are You Overwhelming Your Students During Lessons?

How to Communicate with Your Gen Z Students
The 5 Goals of Tutoring
How to Work With Students Who Lack Ambition
7 Compo Topics to Give Your Students for Homework
Benefits of Understanding Chinese - Bet You Didn't Know These!
How Can I Start Teaching in Special Education (SPED)?

How to Communicate with Your Gen Z Students
The 5 Goals of Tutoring
How to Work With Students Who Lack Ambition
How to Improve Your Students’ Compre Summary Writing
Is It Time to Rethink How We Teach Online?