Blog Parents Parenting Tips My Teen Kid is Dating – What Should I as a Parent do? So, you’ve recently found out that your teenage child is seeing someone.

You feel doubtful about the relationship.

Will it affect their studies?

What if they get too deeply involved?

As a parent, what should you do?

Should you step in and interfere with your child’s love life or should you have faith in your kids that they know they’re doing?

In this article, I’ll break down what’s teen romance is and what you as a parent should do.

Teen Romance: Past vs Current

Teen romance isn’t something that just came about recently, I’m sure some of your friends have started dating back when you were in Secondary School.

Back in your time when technology wasn’t as modern as it is now, romance was much simpler.

Teens back then tend to hang out in school and after school to get to know each other more.

There was more physical interaction as compared to teen romance these days.

With your kids being exposed to the internet and social media, dating has become more virtual.

Since your kids are still relatively young, they often have to get your permission before doing something.

And if you don’t allow them to go out, there isn’t much of a loss to them as their smartphones can just be used as a perfect platform for them to interact with their date.

This makes you worried as you feel that things can get out of control if you don’t take away their phones, but at the same time, you don’t want to be an unreasonable parent and confiscate their phone just because you don’t want them to start dating.

Well, continue reading to find out! Things You Can Do

If your kid comes up to you and tells you that he/she is currently seeing someone, then count yourself lucky that your kid is comfortable opening up to you.

Here’s the thing: It’s very tough to actually stop them from dating. Teens nowadays are stubborn, and trying to stop them might only ruin your relationship with them.

But there are things you can do to help them. Let’s find out how!

When your child has decided to open up to you, use that opportunity to sit down and have a heart to heart talk with them.

As young kids, your child might not have a strong grasp on what dating and love is.

First, you should ask them some questions to understand what their idea of dating is, and why they’re dating now.

Some questions you can ask;

“Are you really interested in your boyfriend/girlfriend, or are you just doing it because of peer pressure?”

“Are you happy being in a relationship now?”

“Are you able to handle the stress that comes along with dating?”

After asking these questions, you should have gotten a better understanding of your child’s concept of dating, and why they’re dating.

Now you should impart some knowledge to them, letting them know what will be coming their way based on your experience, such as the difficulty of juggling between school and relationship, increased expenditure, etc.

When you communicate with your child properly, it lets them know that you’re not forbidding them from dating, but instead you’re trying to help them

This makes it easier for them to come to you when they’re facing problems in the future.

One of the best ways to get to know your kid’s boyfriend/girlfriend is to invite them over to your house for dinner or to do any recreational activity.

You can whip up a dinner for your family and your child’s date, and get to know them better through dinner.

This also allows your child’s date to get to know you and your family.

If the atmosphere over dinner happens to be tense and awkward, you can suggest doing recreational activities together like playing board games.

Playing board games is a good way to break the ice as there has to be communication in a friendly and fun environment.

I wouldn’t suggest recreational activities like watching movies as there isn’t much of a chance to interact with your child’s date since you’ll be quiet and focused on the movie.

Best if you go with board games! Now that you’ve known more about both your child and his/her date, it’s time to make your expectations of them clear.

Depending on their age, you can let them know to always keep you in the loop by letting you know their whereabouts and such.

However, you shouldn’t invade too much into their relationship like asking them to update you about their location and activities every hour.

This will only cause both of them to feel uncomfortable, and make them feel untrusted.

It’s okay to set rules such as imposing a curfew on your child but make sure it’s reasonable, such as being back home by 10pm.

Other rules include no closing of doors when they’re alone in rooms, no going to nightclubs, etc, are also fine. 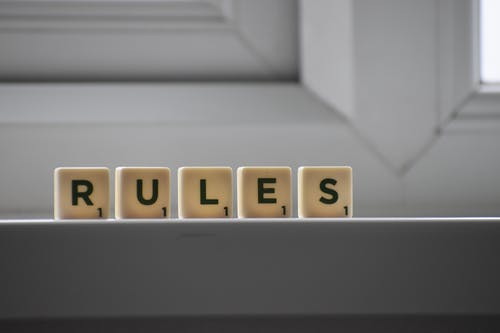 Things You Shouldn’t Do

Now I’ll be moving on to things you shouldn’t do.

I know that it can be very hard for you to accept the fact that your child is dating, especially if you’re an overprotective parent.

However, you should know the fact that when teens are going through puberty and on a path of self-discovery, they’re extremely rebellious and trying to stop them is nigh impossible!

Even if you straight up disapprove of your child’s relationship, they’re still going to do it.

Teens these days are very smart, they’re sure to find ways to sneak out and do things you forbid them to.

Think about it, would you rather your child do things behind your back or do it while keeping you in the loop?

So instead of instantly disapproving of their relationship, why not let them do it while under your guidance and support?

That way, they can experience the joy and the pitfalls of a relationship, while having a safety net in a supportive parent. No one likes it when their privacy is invaded, and that includes your kids.

Don’t eavesdrop or listen to their personal phone calls, don’t demand them to show you their texts or photo albums.

Don’t force them to accept your following request on social media, it only makes them uncomfortable.

You want to give your kids the privacy they deserve, while maintaining some form of accountability agreed between you and them.

This is a big no-no and is often overlooked.

Many times, you can say something hurtful and not realise it.

Teens tend to be more sensitive when going through puberty, so when you say things such as “You guys are still young, I’m sure your relationship won’t last.”, “You guys are just playing around, soon you’ll realise you guys are not meant to be,” etc.

All these words can be extremely hurtful to your kids especially if they’re seriously in love with their boyfriend/girlfriend.

It’ll make them think that you don’t take them seriously and whatever they do is just a joke to you.

Worse still, they might go the extra mile to prove you wrong.

This can potentially ruin your relationship with your kids, not worth it! Here you have it.

I’ve summarized what teenage romance is, and what you should and shouldn’t do.

Like I said, dating at a young age is very common nowadays.

It’s not something that is wrong as sooner or later, your kids will venture out on their own and eventually settle down with his/her own family.

I hope this article is able to help you to be more open-minded about your teen kid dating!

Best Online Tutoring Apps for Students
Help Your Child Master Math With These Tips
Helping Your Child Make the Most of Preschool
How to Get a Good Start to the New School Year
Is Group Work Really Beneficial For Students?
How to Get Through an Online Group Project Successfully